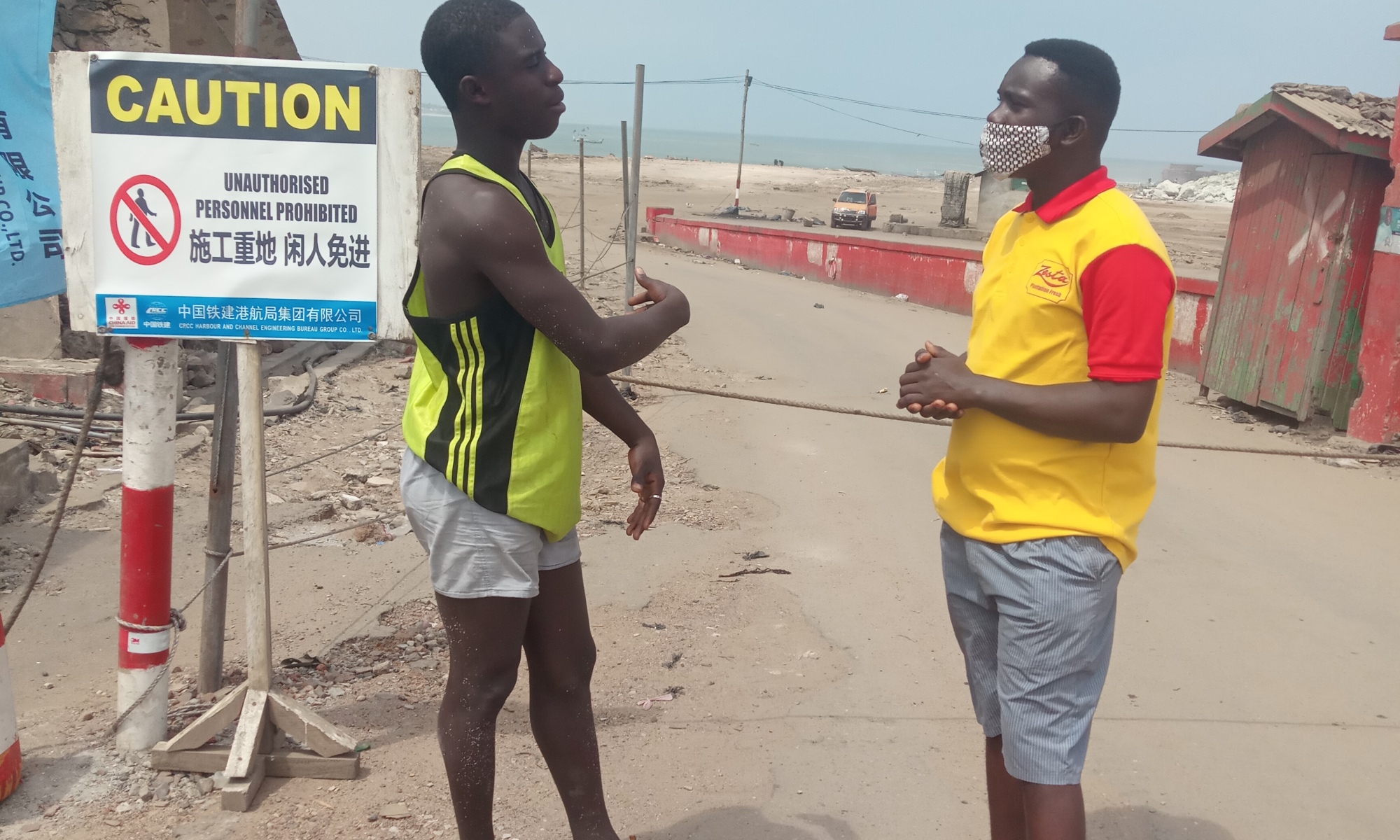 On my survey on Jamestown Market one sunny afternoon, to take a glance at the then, former Jamestown market. I was met and stopped by a young boy of 16 years old who told me no one is allowed to go to the deserted Market if you’re not a fishmonger. I was really pushed by want he said and I decided to engage in a conversation with him. I began the conversation by asking him what led to the evacuation of the Market women here. He told me most often,the sea stretches to the Market.

He said, “that’s where the Market women were, and every time, the sea stretches to the Market it disturbs them but they managed all the time.

Prior to this demolition,they weren’t having it likely at all,although most of them were managing. Others were not too close to the sea, so when that happens, they are not affected. But those very close to the sea suffer when it stretches.

They were all coping until one day,the MP for the Odododiodio Constituency, Hon. Edwin Nii Lante Vanderpuye issued out an order to commence the Jamestown Harbor Project at the place.

After some time when this announcement was made, the market women were given prior notice and some time to get ready with their wares. We hope the initiative of the MP will indeed go a long way to improve the constituency as they are all expecting.

But do you think there was a need to evacuate the Market women from there? Let me know what you think,right on the comment section below.