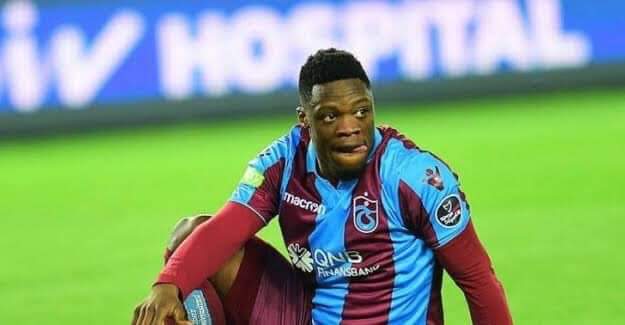 Ghana striker Caleb Ekuban has finally tested positive for coronavirus after the initial test came out negative following the outbreak of the disease in the Black Stars camp during last week’s friendlies.

Turkish club Trabzonspor have announced the news on Monday that their attacker has now tested positive after he was hospitalised with early symptons of the Corona Virus.

He was rushed to the hospital on Saturday afternoon with signs of the disease but tests came out negative which reaasured the club but they excluded him from their squad.

However, results on the subsequent tests on Sunday have now come out that showing that Ekuban has been infected with the disease as his room-mate of Bernard Mensah of Bekistas had tested positive earlier.

Fears over the Black Stars were raised when four players from the Mali side were confirmed to have contracted the virus and it was feared it could be spread to the Ghana national team when they played their West African rivals.