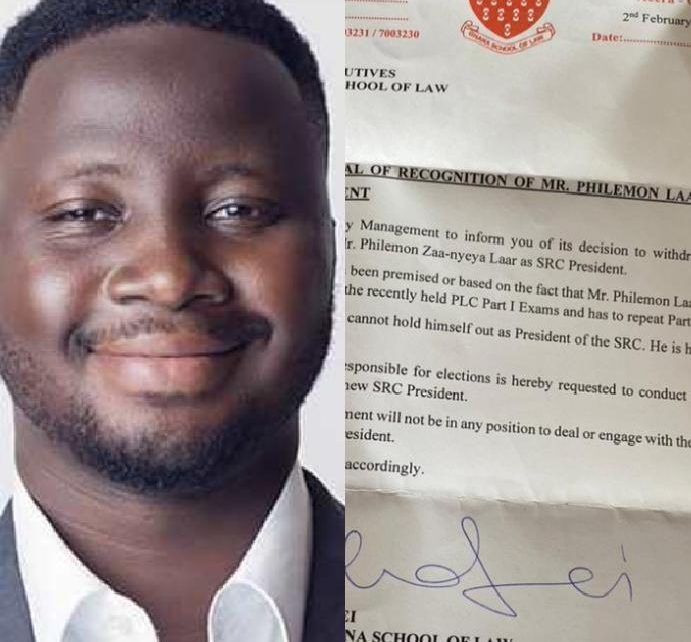 The decision was made clear after the Registrar of the Law school, Juliet Adu-Adjei wrote to inform Mr. Laar that, the School has withdrawn its recognition as the president of the SRC of the institution.

With this, she explains that, Mr. Laar was not successful at the recently conducted PLC Part I Exams in the school. Due to that, the school says they can’t have him as the SRC president and still fail an examination. “The SRC body of the school who is mandated for elections in the school will hereby conduct a by-election in the school to elected a new president for the SRC,” the Registrar state categorically.

Mr. Laar is not in an agreement with the school base on their decision taken, he made this known when he told his part of the story. “I was unsuccessful in the October 2020 PLC examinations. Like several other students displeased about their results, and convinced that the examination results did not reflect their industry and performance, I applied to have my scripts remarked. Results of the said remarking are yet to be released.”

In a statement released, Mr. Laar thanked and appreciated his entire congress for the support and cooperation.