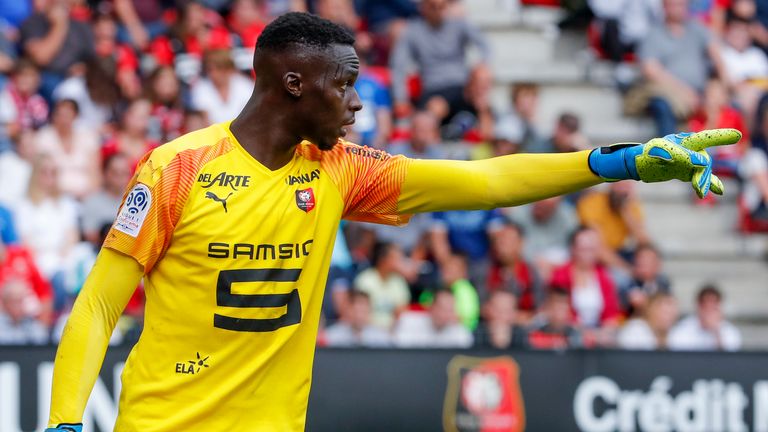 The Senegalese international has penned a five-year deal at Stamford Bridge and will compete with Kepa Arrizabalaga and Willy Caballero for a starting spot between the posts in the season ahead.

After signing his long-term contract with the Blues, Mendy said: ‘I am so excited to be joining Chelsea. It’s a dream for me to be a part of this exciting squad and to work with Frank Lampard and all of his coaching staff. I look forward to meeting my team-mates and can’t wait to get started.’

On signing Mendy, Chelsea director Marina Granovskaia said: ‘As soon as Petr Cech and our technical team identified Edouard as the most suitable goalkeeper to complement our existing group, there was only one player we wanted to bring in. Edouard arrives following a season of real success with Rennes, he is ambitious for more, and we welcome him to our club.

Born in Montivilliers in northern France, Mendy began his career at AS Cherbourg in the Championnat National, the third tier of French football, and remained with the Normandy-based club until 2014.

Following a brief spell at Marseille B without making an appearance, the goalkeeper began to move up the footballing pyramid in 2016 by joining Reims and quickly established himself as the first choice between the sticks