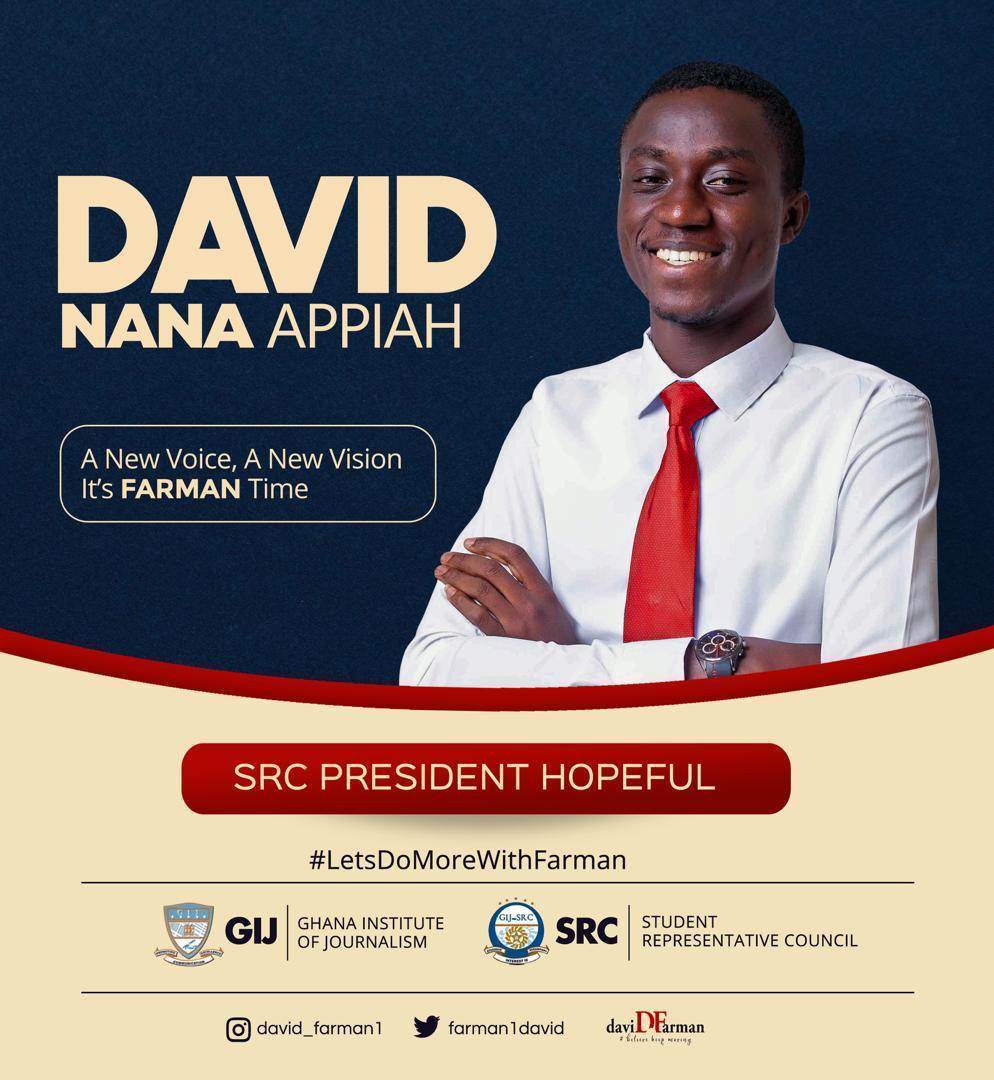 The Presidential aspirant of the Farman Political Team, David Nana Appiah, following the ongoing brouhaha pertaining the GIJ-SRC Election results, took the case to court yesterday, Monday, 6 September, 2021 to deliberate the matter of his disqualification, and the other Presidential aspirants also also did same.

The Presidential aspirant, together with his faithful supporters, protesting after the case had been deliberated at court which is awaiting verdict be announce soon, but they are all waiting with bated breath as they jubilated to hail their President.

“The GIJ constitution states emphatically that, to be able to run for a Vice Presidential candidate, the aspirant should possess or be the following; he/she should serve at General Assembly (AG), he/she should serve on any committee of the SRC, and lastly, he/she should serve as a student of GIJ, example, serving as a course representative.” The aspirant must not necessarily serve in all, but any of them with the 80% threshold of the constitution. So in the case of Farman, David Nana Appiah, his plight for seeking justice at court was, his Veep had served as the Deputy Operations Manager for the Sports commission under the SRC.

The EC gave the information in the constitution to the Presidential aspirants on a WhatsApp group, stating other vital things including telling candidates to serve for at least 6months, which is nothing good to write home about for something as formal as this. The EC could have done better. CI which also contains the processes for voting and vetting aspirants. Efo Koku Mawutor stood in as the lawyer of David Nana Appiah.

They will announce the verdict today, if God willing. All the three Presidential aspirants who were disqualified during vetting, including Daniel Geraldo; an organizing secretary aspirant have filed a case against the GIJ-EC as well. The case had been sent to court, and had been deliberated upon and, yet to be announced to the GIJ citizenry.

Abdulai Saaka, one of the disqualified Presidential aspirant, was the first plaintiff to present his case, followed by Albert Konadu, and the last Presidential aspirant was David Nana Appiah. But Daniel Geraldo, the organizing secretary’s case is yet to be deliberated by the court.

The three Presidential aspirants stand a chance of contesting for the GIJ-SRC election. There were four judges that deliberated the cases of these Presidential aspirants, and the organizing secretary, Daniel Geraldo. The final verdict has not been confirmed yet, but there is hope for these disqualified candidates.